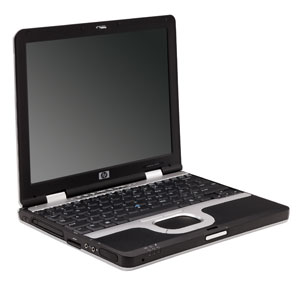 Global computer majors Hewlett-Packard (HP) and Dell are all set to provide their consumers an alternative of accessing internet on their laptops via WiFi. The two companies have separately confirmed that internet via WiFi will be replaced by access to internet via the Verizon Wireless data network. Laptops with Verizon network support will be launched in the US market from early next year.

The Verizon’s Evolution Data Optimised (EVDO) network chips promise a greater speed, facilitating a download rate of 400 kilobits per second to 700 kbps. Internet via Wi-Fi, the most convenient and popular mode for online access for laptop users in the US today, provides connectivity within a short range at speeds of several megabits per second. The Verizon EVDO network is also claiming to have a far extensive reach with availability in over 60 markets in the U.S. today vis-à-vis Wi-Fi hotspots.

As part of their strategy to add Verizon networks to their laptops over the next four months time, Dell has already started selling an external PC card to its users which offers Verizon’s EVDO network. HP is also planning to offer a similar card in the next few weeks. According to a company official, the full-fledged launch of laptops with Verizon EVDO will offer customers high-speed data access “that extends beyond the reach of today’s current patchwork of Wi-Fi hot spots.”

But pricing remains a critical factor and it is on this point, that several analysts are a bit skeptical about user’s response to the new offerings from HP and Dell with Verizon EVDO. For instance, WiFi hotspots provided by Boingo Wireless carries a price tag of only $22 per month for unlimited access, compared to the price of $80 per month which Verizon customers will have to pay for the same service. Not many experts are hopeful that Verizon EVDO added laptops will become an instant hit till the internet access charges are brought down, or unless HP and Dell intend to offer serious price cuts on these new notebooks.