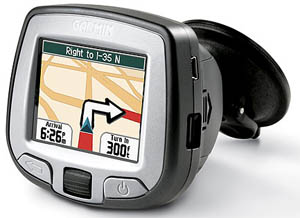 Garmin has today announced a new version of their ultra small StreetPilot GPS navigators. The New i5, which is an upgrade from the i2 and i3, doesn’t have many differences than its predecessors except for the fact that it has North American maps pre-loaded.

The i5 is a WAAS-enabled, 12 parallel channel GPS with a TFT color backlight 176×220 pixel screen. The device is also quite small, which is evident from the pictures, and it is meant to suction cup to your car window. The i5 gives you most features that any larger GPS would; 3D maps, 2D maps, turn by turn navigation, and point of interest database. The battery life should last your around 6 hours on two measly AA batteries, or hook it up to the 12-volt power adapter cable in your car. The device also has a USB interface allowing you to connect up to your PC, probably to upgrade the database and maps. 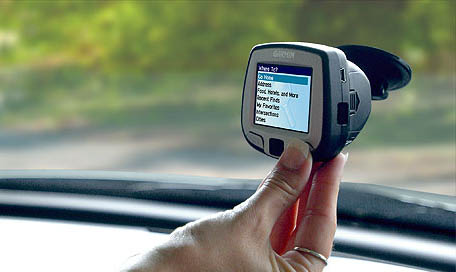