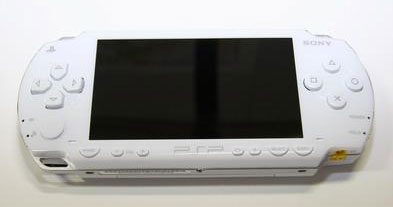 Global consumer electronics giant Sony has trundled out its Play Station Portable (PSP) in ceramic white. However, now it is available in Japan only. The Americans and Europeans have to wait a little longer for the iPodesque looking device.

The unit will be sold as part of a “Value Pack” at a suggested retail price of 26,040 yen ($235.87), including tax. It is similar to the $249 black PSP Value Pack sold in the US. The new
PSP will come bundled with an AC adapter, battery pack, a 32MB Memory Stick Duo, headphones, a remote control, a pouch, and a hand strap. Want anything more?

Sony took the first step many years ago with its PSOne, while the PS2 received a slimming package. According to Sony, it is contemplating to launch PSP in several new colours to compete outright with Nintendo’s Game Boy Advance and DS. The new ceramic white PSP is touted as the ‘first’ alternate-coloured PSP.

It features a 16:9 widescreen TFT LCD centered in a sleek ergonomic design with a high-quality finish that fits comfortably in the hands. The dimensions are 170mm x 74mm x 23mm with a weight of 260g. PSP features a high-quality TFT LCD that displays full color on a 480 x 272 pixel high-resolution screen.

The ceramic white Sony PSP comes with built-in stereo speakers, exterior headphone connector, brightness control and sound mode selection. Keys and controls inherit the same operability of PlayStation and PlayStation 2. It is equipped with diverse input/output connectors such as USB 2.0, and 802.11b (Wi-Fi) wireless LAN, providing connectivity to various devices in the home and to the wireless network outside. Basically all the good stuff we knew about on the Black PSP.