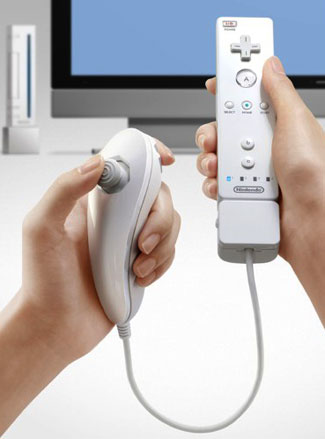 Nintendo revealed their latest design innovation, a dual device controller for the upcoming Nintendo Revolution games console. The television style remote control will allow users to enjoy games with just one hand. It also has a cabled thumb-stick style analog controller attached, which can be used as a gun trigger for popular first person shooter games.

“In order to realize the goal of creating a new starting line that anyone can instinctively understand we have come up with a design that differs greatly from any of today’s controllers,” said Iwata. “We have also made bold innovations in play style as well.”

Motion sensors are used in the controller; they translate the movements into the game making it more realistic for the gamer. For example, the controller can be swung like a bat for use in a baseball sports game, or even used as a virtual sword in a Final Fantasy style action game.