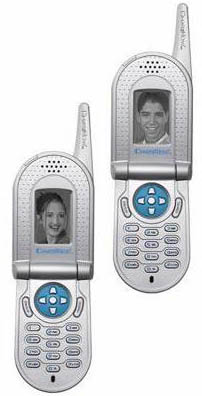 Hasbro has teemed up with Tiger Electronics to deliver some new tech toys for ‘tweens’ – does anyone hate that word as much as I do? Anyways, they will be releasing six new devices for the younger kids including a PMP, digital video camera, portable projector, a portable chat device, and a dancing dog. All the new toys will be available for Christmas.

The PMP will be called the Vugo, it has 128MB of built in memory with the ability to expand via the SD card slot. No word on the resolution, interface, or supported media. It will be selling for US $119.99.

The digital video camera, called the VCAM Now, is aimed at ages 8 years and up. It is a pocket digital video camera and should sell for $79.99. No word though on the size, storage, or formats, but I’d expect it to be a really simple solution to get kids started.

Next we have the Chatnow two-way radio communicators that act as walkie-talkies with text messaging and picture sharing. They will have a range of around two miles and start at $74.99 a set.

On to the Videonow XP, which looks like a Gameboy, this is a little media player that expands their Videonow product line. The new version adds interactive features like games and trivia. Movies are loaded off of little cards that you buy for around $9 a pop – it’s the gift that keeps on draining your wallet! It will set you back $59.99 plus the cost of 100 different movies the kids nag you for.

The next device is a 3-in-one projector that plays DVDs, CDs and connects to your video game consoles, it’s priced at US $299.

The final item is a little dog that dances to your music. The crazy little i-Dog, basically just dances around and pisses you off, not much else but the kids will love it. It will set you back $29.99. 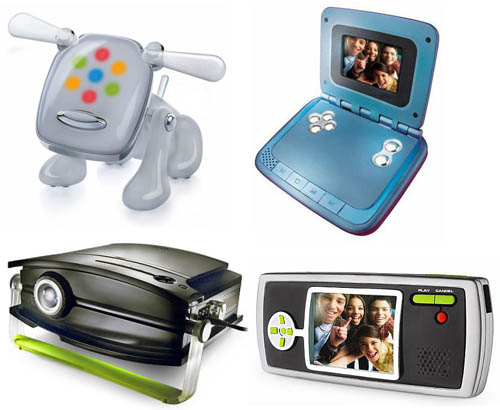