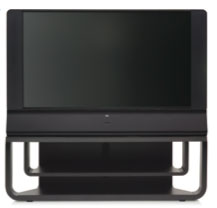 HP has interesting plans for consumers next year when they plan to introduce a 37-inch high-definition television that will allow users to connect to the internet through their PC or router anywhere in the home, according to an HP executive.

Slated for distribution next summer, the advanced digital media technology will enable HP HDTVs to communicate with all PC devices on a home network, including HP Digital Entertainment Centers.

“This is among the world’s most advanced television technology,” said Steve Nigro, senior vice president and general manager, Imaging and Printing Technology Platforms, HP. “By creating even smarter HDTVs, HP will help consumers access digital content over the Internet or content that was previously quarantined on the PC. Now that content will be readily available through the heart of home entertainment — the TV.”

The prototype HP HDTVs demonstrated at CEDIA contain a built-in digital media receiver that enables the TVs to communicate, wired or wirelessly, with practically any PC in a home.

Accompanying HP software will allow consumers to create virtual databases of media content on their PCs — from digital images to audio and video files. Once the library of personal media is created and the wired or wireless connections are made, consumers can use their remote controls to easily access libraries of content from their PCs or broadband networks directly on their advanced digital media HP HDTVs.

“More than 50 percent of American consumers are storing digital video or music on their hard drives, and 25 percent of U.S. households rate the ability to view digital photos on a large-screen display as extremely important,” said Tim Bajarin, president of analyst firm Creative Strategies. “With all that digital content, there is a growing consumer demand to find a way to efficiently manage and ultimately simply enjoy that content through a single source.”