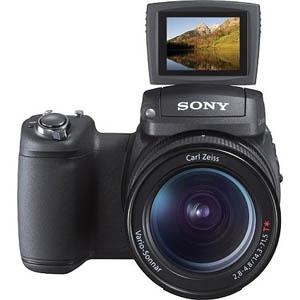 Sony has released a new prosumer digital camera today, the DSC-R1. The new Cyber-Shot resembles a digital SLR to some extent and packs a lot of power for a point and shoot camera with its new 10.3 megapixel APS size CMOS sensor. The larger sensor allows for quality pixels instead of trying to pack them all into a small sensor, this is one of the main selling points of digital SLR’s and why their picture quality is superior.

Other features include a Carl Zeiss Vario-Sonnar 24mm-120mm lens and a swiveling 2-inch LCD that shows a live preview of the image. Sony claims that the battery life will last for around 500 or so shots which really surprises me due to the live preview screen running that huge sensor all the time. As for burst shooting, the camera is capable of 3 frames per second. The camera will use either Sony’s proprietary MediaStick Pro or compact flash I/II, thank goodness as those Sony sticks are expensive.

The camera will be out come November for a price of around US $1000. Just a note, you can grab most lower end digital SLR’s for that same price, so I’m not sure why they chose that price point. 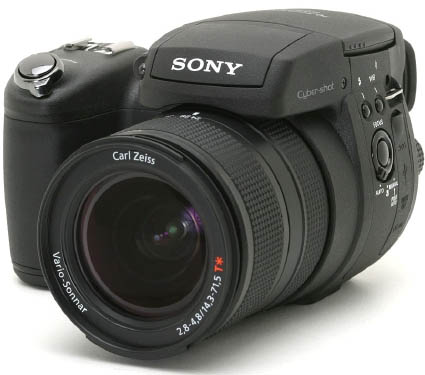