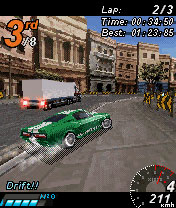 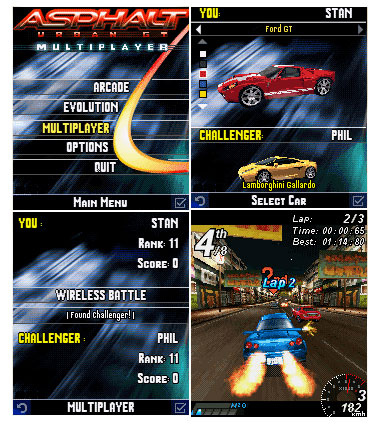 When the competition begins on September 10, racing junkies will be speeding their way through 12 qualifying rounds at participating locations in the San Francisco Bay Area. The competition will culminate with a final competition in San Francisco’s Union Square on September 24 where the best of the best will face off to decide who will be the victor in Verizon Wireless’ mobile gaming competition. Gamers will compete for chances to win music CDs, concert tickets, and a grand prize including an Oakland Raiders luxury suite party for up to 16 guests.

Gameloft is the only premier mobile game developer that has real-time multiplayer technology, allowing players to create an online gaming community through their wireless phones. Exclusively available to Verizon Wireless V CAST customers, Gameloft’s real-time multiplayer capability gives players the ability to seek out, challenge and defeat their friends within the V CAST coverage area.

V CAST is available in more than 60 major metropolitan areas from coast to coast and at many of the nation’s busiest airports. There are no airtime charges for V CAST customers to download 3D games and customers can find 3D games on select V CAST-enabled phones in the getGAMES shopping aisle of the Get It Now virtual store.