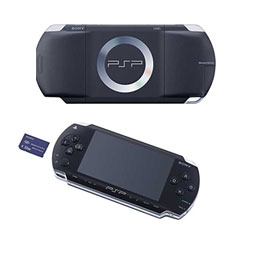 In just the first four days of being available in the UK market, the PlayStation Portable (PSP) has posted record sales of 185,000 units. This figure surpasses the sales of the Nintendo DS during its own launch (87,000 units). Considering that the Nintendo DS costs £80 less than Sony’s PSP, I guess this means that the almost 6-month delay of introducing the PSP in Europe did not discourage buyers but made them yearn for it even more.

There are 24 PSP games that have currently been released in the UK. Of this figure, 20 fall under the All Formats Top 40 chart. In the Top 10 All Format chart, 9 games belong to Sony with its Ridge Racer placed at the No. 1 spot. This means that Ridge Racer is not only the fastest selling PSP game, but is also selling like hotcakes across any format.

The people at Sony are not the only ones happy about the record-breaking sales of the Sony PSP. The launch is also said to have added an estimated £50 million to UK retailers, which have been experiencing relatively slow sales all summer, according to Eurogamer.