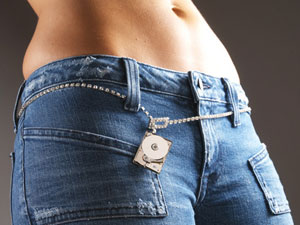 Hitachi believes that mini hard drives for consumer electronics are the next ‘big’ thing and so on September 2nd they introduced the Microdrive 3K8 and the Travelstar C4K60 Slim. These miniature hard drives are geared for use in your MP3 music players, mobile phones, and other portable gadgets.

The Microdrive 3K8, formerly codenamed as Mikey, is the industry’s smallest 1-inch hard drive. It comes in 6GB and 8GB models and is about 20% smaller and takes up 40% less power than its predecessor. It also features a CE-ATA interface and drop sensor technology to guard against data loss. It measures 40 x 30 x 5.0 mm and is just 13g.

The Travelstar C4K60 Slim, formerly codenamed as just Slim, is the industry’s lightest hard drive. It is 30% thinner compared to its predecessor and comes in 30GB and 60GB models. It also features a ZIF connector and has a 20% improvement in operating shock tolerance.

The new mini hard drives are being marketed by Hitachi as a hip accessory, calling them the latest ‘blings’.