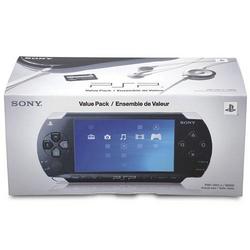 Sony brings to the European market its popular PlayStation Portable (PSP) mobile gaming system, and UK gamers are falling in line to ensure they can get one. It has been a long wait for the Europeans. The PSP was launched only now after a five-month delay due to a shortage of the gaming device. To ensure that supply meets demand, Sony is making 2 million PSP units available for the first two weeks of this European launch. It hopes to sell a million units by Christmas.

The PSP marks Sony’s entrance into the US $4.5 billion portable game industry, which is currently dominated by Nintendo. It plans to play catch-up and sell 13 million units by 2006. Although Sony actually surpasses Nintendo’s consoles in the market, it is behind the company when it comes to variety of portable games. So what Sony has done to make things more lucrative, is add movie capabilities to the PSP. In fact, about 30 UMD-formatted films are also being sold now for the Sony PSP. Critics think that it was not wise of Sony to rely on its proprietary UMD-format because then the movies can only be played on the PSP.