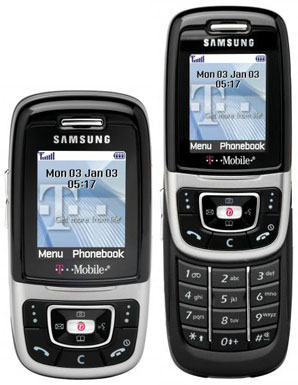 Confirming previous rumors of a new line of mobiles, T-Mobile USA has now formally announced the addition of the Samsung e635 mobile phone to its line-up.

The e635 handset somewhat seems similar in design to the E800. It is extremely light in weight – weighing only 2.78 ounces. The phone consists of a VGA camera and boasts of 20MB of internal memory. The precise specification of its color display capability is 128 x 160 pixels at 65K and the phone is also equipped with a speakerphone.

A discounted price tag of $149.99 was set to entice customers to opt in to an annual contract. We expect T-Mobile to add more new phones to their line soon, up as part of its bigger strategy to update their offerings. The company has not upgraded their phone line up for a significant stretch of time and now with the launch of the Samsung e635, T-Mobile is believed to have begun the process of giving a facelift to their handset offerings for consumers.