New Zealand-headquartered Navman NZ Limited, the leading manufacturer of world-class marine electronics and Global Positioning Systems, is on the verge of launching several new GPS devices. Navman has been in the In-Car Navigation gadget business for quite some time, while offering a wide variety of devices. Soon to come is the iCN510 (portable and transferable), iCN650 (Ultimate pan-Continental), iCN635 and iCN630 GPS units.

The low end iCN320 may be priced at 330 Euros and the iCN5550 is the high end device with a helpful feature that allows the user to change route, depending on traffic conditions. Navman’s GPS navigation software SmartST comes with a map of France loaded on an MMC card. It is presumed that the UK or US version will host appropriate maps to cater to the specific target audience. 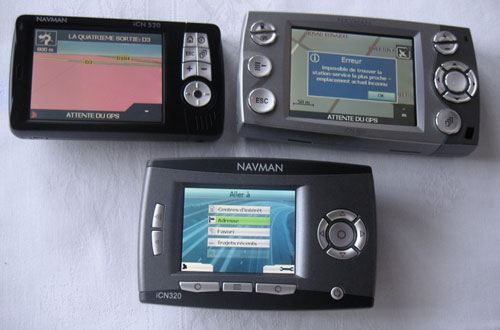 It displays data in two-dimension (2D) particularly the next two directional changes. While it hosts a regular non-touch screen, the user interface is via the keys. However, its low battery life permits two-hour navigation-time only.

On the other hand, the Navman iCN550 offers the optional traffic management system in real time via TMC. It’s compact and light in weight; only 175 grams. Other salient features include touch screen, SDF/MMC slot and headset plug.

The high-end iCN550 comes with an integrated 4GB hard drive with complete maps for the 16 European countries, from Tele Atlas with one million European points of interest. Besides it provides gas and parking key for direct access to gas stations and parking zone localization.

These new gadgets will be released in Europe in the next few weeks. The US launch is also on the cards.