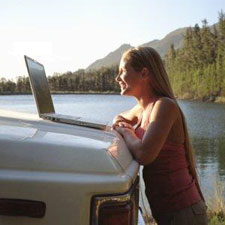 Verizon Wireless is planning to lower the price of its high-speed wireless Internet service by as much as 25%. The price slash, which is expected to take place this week, will see monthly Verizon rate plans go down from US $80 to $60.

According to American Technology Research analyst Albert Lin, the price cut is part and partial of Verizon’s efforts to increase its customer base in the sector. “I think it’ll be a significant cut… I think they’re trying to maximize the time they have as a monopoly in order to build a customer base lead before there’s competition.”

The 25% decrease in rates will undoubtedly make the wireless Internet service, which till now has been geared towards business people, more accessible to consumers. However, Lin believes that Verizon will not make many changes to its high-speed consumer service, VCast; which provides content such as Web surfing and video and music downloads to mobile phones, for a $15 a month fee of course. Wireless service providers are banking that such offerings will make up for declining phone call prices, however it could turn many users to VoIP based providers.

Verizon is currently the No. 2 US mobile service provider and was in fact the first to offer wireless Web links with speeds similar to home broadband services.