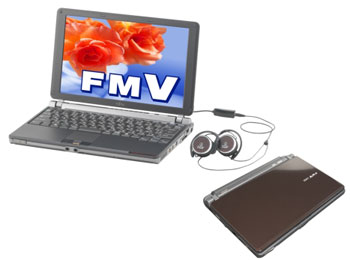 The much anticipated replacement of Fujitsu’s popular series of T75L and LT PC is just around the corner. According to a report emerging from Japan, Fujitsu is all set to come out with a PC LOOX series as the substitute. Billed as the T70M and MT models, the new series is expected to offer a better design and less power consumption facilities for users.

T70M and MT are likely to have an updated design which may make you feel as if Fujitsu has taken some leafs from Sony’s designing book. The proposed new series would offer the capability to consume less power – as much as 20% lower than T75L and LT. Loox is believed to have the capacity to remain switched on for 11.3 hours. A marginal decline in weight has also been introduced – from 1.21kg to 1.17kg. The quality of the screen has also been improved with an LED backlight and the adoption of DDR2 memory. These new Fujitsu Loox will also have an Intel 915 video card with 128Mb of memory, DVD DL and a fingerprint sensor.

Although the company hasn’t officially announced the launch date or the price of T70M and MT series, but going by the market buzz, their prices will be comparable to the models they are going to replace.