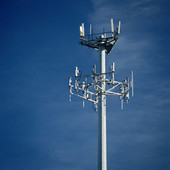 St. Louis these days has become center-stage for a peculiar tiff wherein the conjunction of theology and technology is severely opposed by local residents. The issue is about the construction of a cell phone antenna along the chimney of the two-story, 89-year-old white-stone church building. The 150-member Southampton Presbyterian Church has been exhaustively discussing the issue for past two years, T-Mobile is requesting to put up an antenna for which the company will be paying rent to the church. Local residents are opposing the move on health grounds.

“That revenue is in exchange for our potential well-being, our peace of mind and our property values,” says David O’Brien, 33, who lives two homes down and fears health threat emanating out of low-level radio-frequency emissions. “None of us are willing to take that risk. None of us are going to put our kids in a bedroom that’s 70 feet away from something that might cause cancer or other problems,” adds O’Brien.

The case typically symbolizes a growing problem for cellular companies to put up antenna in residential areas in order to cater to the multiplying demands of the consumers. Earlier, the normal trend was to put up the antenna in farm fields or some remote spots but now it has become imperative for them to move closer to residential areas to meet the growing numbers of cellular users.

The cellular subscriber base in America has grown nearly eight fold in the past ten years from 24 million to 190 million now. And so has the number of cell sites or towers — from less than 18,000 in 1994 to over 175,000 now. But though the Federal Communication Commission (FCC) has turned down the plea that cell towers can result in health hazards, residents at several places are showing strong aversion to construction of an antenna in their area. An industry representative said, “Our companies are always running into this conundrum, which is, ‘We want cell phone service, but don’t put that tower here. When you’re dealing with communications through the air, you have to have antennas and towers.”

Interestingly, the American Cancer Society is yet to pronounce its final words on the issue which till date has maintained that it has not found any empirical evidence to suggest that these cell towers can create health problems.