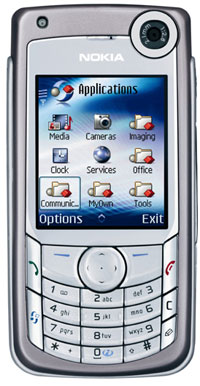 A study conducted by Strategy Analytics reveals that 9 million WDCMA (third-generation) phones were shipped during the second quarter of 2005 (April-June). Of this figure, Nokia led the list of vendors, accounting for a 17% market share.

“At 17 percent, Nokia’s 3G market share is almost half its overall global total of 33 percent. WCDMA (3G) technology, which accounted for just 5 per cent of total handset sales during Q2 2005, remains a market in the early stages of development, but it is worrying for a cluster of aspiring Asian vendors that Nokia has already become best in class. Early market-leaders NEC and LG have been overtaken by Nokia and they have significant work to do to match up in the next battle for WCDMA phones priced below US$200 wholesale, which will present significant mass-market opportunities in 2006 to 2010.”, according to Director of the Strategy Analytics Wireless Device Strategies Service Chris Ambrosio.

In addition, Nokia’s 6680 model phone was rated as the best-in-class 3G phone in Western Europe by a Strategy Analytics’ Advanced Buyer Panel. This recent news indicates that Nokia is quite on a roll and is poised to regain lost ground in the high-end device market, which it has lost in recent years to Motorola, Samsung, LG, and other top competitors.