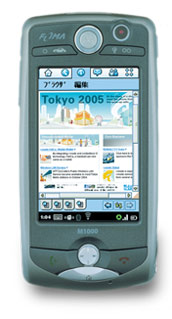 The current financial year for Symbian is turning out to be one of unprecedented windfall. The financial results for Q2, 2005 clearly show that the company is registering a robust growth on all fronts.

According to a financial report, there has been a staggering jump of nearly 300% in the shipment of Symbian OS phones in Q2 this year. In the corresponding period last year, the total shipments of Symbian OS phone units stood at 2.6 million which simply skyrocketed to a staggering figure of 7.8 million in Q2, 2005. In the first six months of the current financial year, the total volume of Symbian OS phones had already crossed the entire year figure of 2004. On a half yearly basis, the shipments of Symbian OS phones have gone up by over 190% at 14.5 million, vis-à-vis the figure of 5 million units in H1, 2004. A Symbian company official said, “In the first half of 2005 more than 14.5 million phones based on Symbian OS shipped to network operators and retailers worldwide. This 191% increase on the equivalent period in 2004 shows the rapid growth in the global market for phones based on advanced operating systems and that Symbian has maintained and continues to extend its leadership of this global market.”

And it’s not only sales strength for software maker. On marketing and expansion fronts, Symbian OS has now shot up to 39 million mobile phones, 18 new Symbian OS phone models commenced shipment from Fujitsu, Mitsubishi, Motorola, Nokia and Panasonic in the first half of this year. The company is expecting more magical numbers in the near future, presently 50 Symbian OS phone models are under development by 11 licensees.