Though no official confirmation has come from iStation in Korea, according to some strong market speculations, they are well on their way to introducing a new product for the PMP market. The new model is expected to be called the v43 and will use a multimedia processor from AMD.

The new model may use the Alchemy Au1200 chipset which Aving Korea has briefly talked about earlier this year. If this speculation turns out to be true, then it translates into the meaning that the new model will support a variety of formats like MPEG2, MPEG4, WMV9, H.263 and DivX, which could be run at DVD quality. The Au1200 is also billed to have the capability to support TV output and Tivo-to-Go. We are keeping our fingers crossed on other features like PVR, which the product may offer.

The v43 is likely to be launched in 3 varieties – a standard PMP, a GPS navigation model, and DMB (digital TV) model. The product which is slated to clash with Sony’s PSP may be available in the price range of 500,000 Korean Won or US $491. 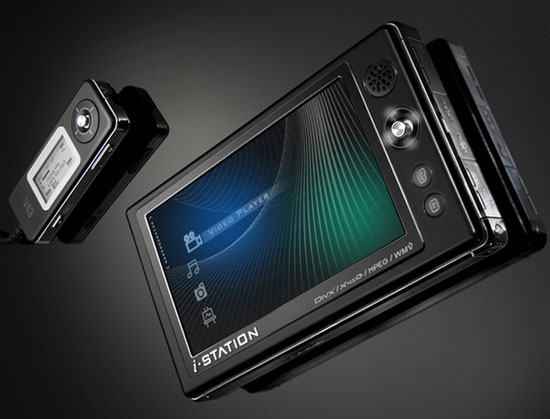