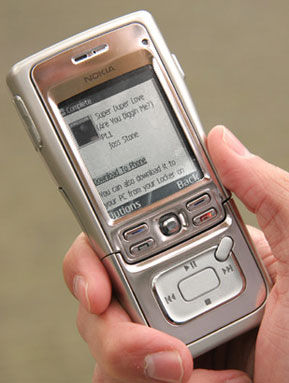 Nokia shut the doors today on the claims of a partnership with Apple to integrate iTunes on the N91 multimedia handset. The Nokia N91 mobile phone is much desired, with a 4GB hard drive the device will be an instant hit among mobile music enthusiasts.

The N91 is due to ship worldwide in Q4 of this year. Nokia is pitching the handset as a music phone, directly competing with the Sony Walkman and the future Motorola iTunes-enabled phone expected very soon, but with 4GB of space to boot, it won’t be much of a match.

Apple has a long past of experience with the Series 60 platform, their iSync data-synchronization software has supported the Symbian OS platform for quite some time.

If Nokia decides not to use the Apple iTunes service on their N-series mobile phones, what will they use? They could be leaving their options open for mobile carrier offerings like the Sprint Nextel mobile music service just announced.