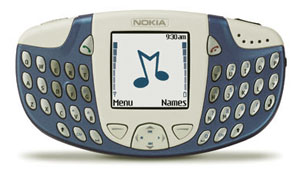 Sprint Nextel Corp, born out of the recent mega merger between Sprint Corporation and Nextel Communications, is swiftly moving towards a unified marketing and pricing strategy. The new entity has emerged as the number three player in the US mobile services market after Sprint bought out Nextel for a staggering sum of $39 billion. They have begun their joint inning with impressive numbers – 44 million customers and a market value of nearly $80 billion.

In the first combined public presentation, the officials of Sprint Nextel Corporation confirmed that a unified pricing and marketing strategy has been chalked out which will become effective soon. As the cornerstone of this strategy, customers of both the companies will be offered the same service rate plans starting from early next month, this will also mark the operational launch of the new company. For the launch, the new company has planned an advertising blitz. According to Len Lauer, Chief Operating Officer of Sprint Nextel, “The launch of the company will be much bigger than what Sprint would have done on its own, or Nextel.” He, however, admitted that there would be pressure on the ad spending front in the first operational quarter but after that it will stabilize.

Meanwhile, Sprint Nextel has also planned to launch a mobile music download service that will be offered to its customers in the holiday season. The company intends to offer this service at a price slightly higher than the 99 cents a song we are used to with standard music download services. It may be close to the $2.00 per song mark, and will more then likely have DRM encryption so that you can only use it on your phone. More expensive, less rights, is this a smart move?