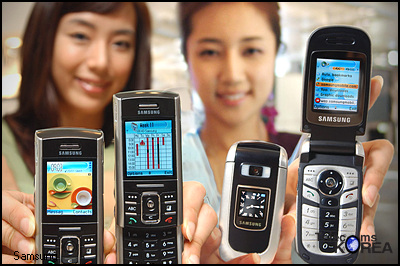 The SCH-D720 and SGH-D730 models are touted as currently the smallest and lightest smartphones ever released, with the D720 model weighing in at 110g and the D730 model just about 97g.

The D720 is a slideer smartphone that features a 1 megapixel camera and supports Bluetooth, MPEG4 files and MP3 audio files. The D730 on the other hand is equipped with Bluetooth and USB, as well as a MMCmicro card expansion slot.

Samsung has previously released smartphones utilizing Palm, Microsoft and Linux platforms. Now, however, it says that it will focus on developing smartphones based on the Symbian O/S.

The SCH-D720 and SGH-D730 Symbian smartphones will initially be launched in Germany this month (August), and will then be launched in France, Italy, Russia and other European nations.