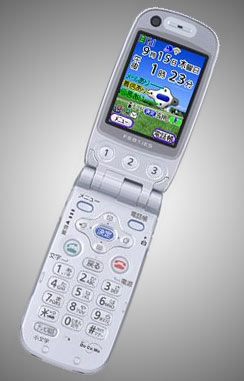 You always love keeping in contact with that special friend, spouse, or whomever over the phone when they are not around. But holding a ten word telephonic conversation is sometimes difficult if they speak too fast or think they are a rap singer giving a live show, or even if you are just hard of hearing and need things repeated to you. Making heads or tails out of their utterances could be much easier with a new technology from NTT DoCoMo, no more “What did you say?”, “Huh?”, “WTF?” wasting your air time.

NTT DoCoMo has come to the rescue and is releasing a new phone later this month that will slow down the speech of incoming callers by almost half the actual speed, so when a voice is relayed to your end, it can be heard more clearly and s-l-o-w-l-y.

The company is claiming that the function of the phone will be very simple and the speech-slowing feature could be switched on or off by pressing the mobile’s camera button during mid conversation. It will shorten the sound between phrases and there will not be much of a delay in slowing down the speed after the button has been pressed.

The handset also has an emergency 80dB alarm, this may end up being in every senior citizens hand bag.