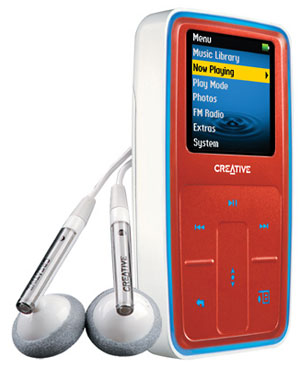 It will measure in at the same size of the Zen Micro, just 3.3 by 0.7 by 2-inches and weighing 3.8 ounces. Battery life will be increased to 15 hours, an FM tuner with voice and FM recording are also added.

The price is estimated at US $249 for when it is released in stores this September or October. A choice of ten different device colours will also be available at that time.