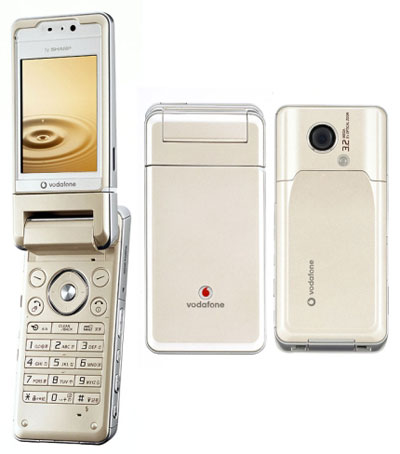 Vodafone today finally launched its much awaited Vodafone 903SH high-tier 3G handset in the Japanese market. With a 3.2 megapixel CCD mobile camera, 2x optical zoom and auto focus; this product is projected as the first of its kind in its segment.

The 903SH is also promising a host of other prominent features. This includes a 3D surround stereo side speakers attached on the left and right sides of the handset display panel for realistic sound enjoyment. Also equiped with a 2.4-inch Mobile ASV LCD for better quality video display and wide-angle viewing.

Being the high-end model that it is, full compatibilities with all Vodafone 3G services like Vodafone live, BB, video calls and international roaming can be expected. These services are presently available to consumers in 55 countries all across the world.

Vodafone has a customer base of nearly 15 million users in Japan and has been in the forefront of bringing innovative products for its customers. In 2000, they had introduced the path breaking messaging service called Sha-mail and then in 2002, they had launched the world’s first commercial 3G W-CDMA service based on 3GPP international standards. Vodafone presently offers its 3G services on 163 networks in 120 countries.