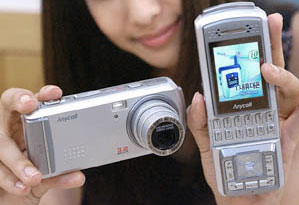 Results from a new study conducted by ABI Research entitled “Mobile Phone Imaging: Opportunities for Driving Usage of Camera Phones through Click/Send/Print” reveal that in the next two years low-end camera phones will take up the market share currently being enjoyed by low-end standalone digital cameras.

“We believe that within the next two years, the quality of a mobile phone camera will be such that people won’t need low-end standalone digital cameras. This will dramatically impact camera sales”, according to Kenneth Hyers, ABI Research principal analyst of global wireless operator research.