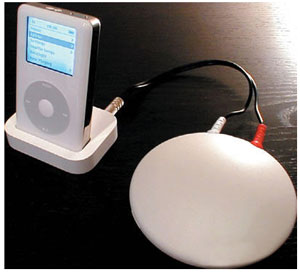 Sonneteer, a UK-based home entertainment appliances major, is now focusing on high-end home audio streaming products. The new product line which has come out from its stable is Bard series of wireless streaming devices, BardOne set of transmitter and receiver, BardUSB transmitter, and BardThree receiver with an integrated 25W RMS amplifier. The major calling card of these products is that they are littered with the facility of transmitting uncompressed audio. Equally impressive is the feature of using full wireless bandwidth and send up to 8 channels of stereo.

In operational terms, BardOne consists of two devices — Tx, transmitter and Rx, receiver. Transmitter is plugged into any audio source like PC and iPod which have a stereo output and the wave is transferred to the Rx in an uncompressed form. Rx, in turn, is plugged with the amplifier or AV receiver. BardUSB, more or less, is similar to BardOne Tx and is plugged into USB 1.1 port and in the computer, it acts as a sound card. The latest versions of BardUSB are also capable of supporting SPDIF and can Dolby Digital and DTS surround sounds. BardThree is a more modified version in the sense that it inherently features a 25W RMS amplifier and a user can get it directly connected with his speakers. These systems which can simultaneously stream up 8 channels are certainly best suited for multi-zone audio setups.

From a pricing point of view, Sonneteer’s strategy is not all that consumer friendly and you need to shell out a substantial sum to buy them. For instance, the BardOne set is available in the price range of $825, BardUSB with BardOne Rx at $599, and BardThree with a BardUSB at $700. So a prospective buyer is bound to consider other options even as Sonneteer is promising a new home entertainment experience with these products. Cable is still much cheaper.