We all saw it coming, a massive fleet of mobile phone photographers capturing every event we could imagine. Especially after critical footage of the London Blasts was aired on television which had been shot from a mobile phone. Mobile phone footage was also seen by viewers during the Tsunami crisis. Now you have Scoopt, where users can take footage, send it to the portal and actually sell it to news agency with a 50% cut.

What do news agencies get in return? They get excellent footage even if they don’t have personnel on location. What’s the down side? Every person with a multi media mobile phone turns into a photographer, thus invading privacy of people. However even after evaluating the pros and cons, Scoopt does seem to have good revenue potential for both itself and its members.

The site does seem to have thought out a number of things and has certain rules and regulations in place. Copyright is maintained by the members and the Scoopt team applies methods to check authenticity of the images (would like to know what these measures are though, since they do sound a bit vague) and Scoopt will also control the content posted on its website (so all those planning to post their personal movies, they can forget it!)

So the next time you are around an exciting scene just happening in front of your eyes, do remember to yank out the expensive piece of equipment you carry in your pocket and try and make a few quick bucks thanks to Scoopt.

In recent news an Air France airplane crash-landed on the runway at Toronto’s Pearson airport. MobileMag writer Lee Thomas happened to be there shortly after it occurred and captured many news-breaking photos. His photographs were published on the front page of all major newspapers in Ontario today, one was also shown on CNN. This was Lee’s first attempt at selling his photographs and it happened to be a big success. Although he did not use Scoopt, I’m sure their service can help other photographers gain extra income from their photographic skills. 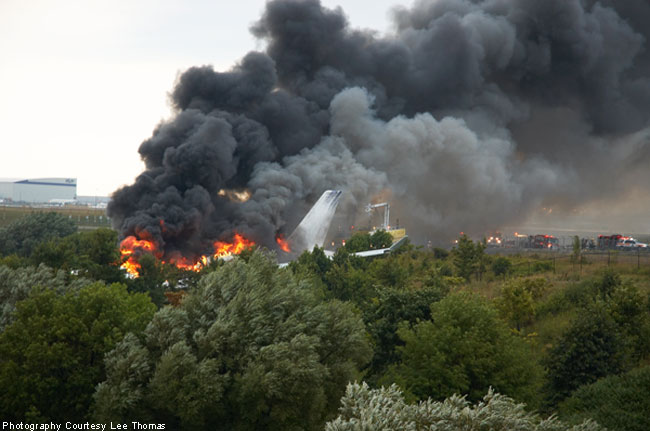