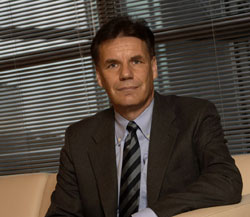 As Olli-Pekka Kallasvuo gets appointed as President and CEO of Nokia, a good succession plan will soon be seen in action. The current mobile phone industry is very dynamic to say the least and Nokia with its current lead position in the market needs to avoid everything it can which might rock the boat. Thus succession planning has to be impeccable in order to ensure that transition and handover of responsibilities and company initiatives are done in an organized manner.

So what happens to Pekka Ala-Pietila the current CEO and why is he leaving? In case you are tying to find some juicy gossip here, there isn’t any. Pekka will continue as a Executive advisor but is leaving Nokia to pursue his personal interests. Olli-Pekka on the other hand is no new comer in Nokia and has very much been an insider, heading the Mobile Phones business group and also acting as Nokia’s CFO for some time.

The official statements from all concerned parties seem very normal and without any underlying currents which is just as well for Nokia’s good will and share price. Here’s wishing Olli-Pekka all the best for his new role.