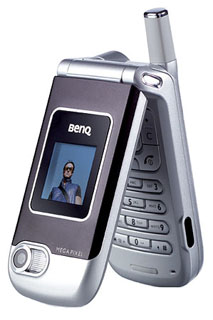 Would you like to get rid of your mobile phone and use a phone the size of a business card which weighs just 97 grams? It is sure to get the weight off your pocket and yet not compromise any of the third generation mobile phone services that you might be accustomed to. The new S80 is quite an action packed phone and promises to deliver all the latest mobile apps easily to the user.

BenQ, one of Taiwan’s leading manufacturers announces the launch of S80 which claims to be all this and more. The earlier version of the phone is S700 and the current S80 plans to be loaded with user friendly features such as in-built video recording features, and stills (1.3 megapixels), data transfer features, and is video-conference ready which is considered to be the next big technology wave in the mobile phone industry.

The S80 is not destined to be limited to the South Asian countries only as it has already been approved by several European Mobile Operators. However, acceptance of a fully Taiwanese phone remains to be seen. Furthermore, since the phone has just been launched, customer feedback has yet to make its way to the market. Needless to say, BenQ is going to market the S80 vigorously in all accepted markets in order to build both the company image as well as the revenues.