Rapper 50 Cent has broken into the digital music hardware scene with his new G-Unit MP3 Watch. The name G-Unit comes from his rap group and record label. The MP3 watch comes in two different versions; 256MB and 512MB.

The watch has buttons around the edge of its face to allow you to play, fast forward, rewind, and equalize your music. The USB port is hidden so it doesn’t interfere with your bling bling.

Now, the biggest thing this device boasts is the price. $486.. Yes that’s four hundred and eighty six dollars, for the 256MB version. Horribly overpriced! This isn’t James Bond stuff 50 Cent, MP3 watches have been around for a few years now. You can get the same capacity from LAKS for $240, or even a 1GB player for less than the G-Unit’s 256MB. 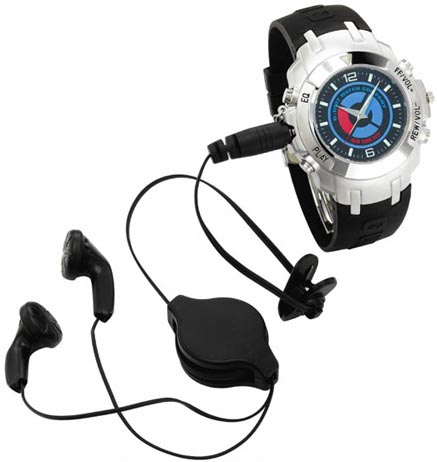