Mobile phones have so many uses these days one can hardly keep up. And even if you do follow the latest developments, you don’t really need to know about all of them do you? But here’s something that will catch your fancy whether you’re a gadget freak or not – Nokia spy phones!

In December 2004, the very first modified Nokia cell phone for the sole purpose of spying was launched. And now a French firm is marketing not just one but TWO spy phones – a modified Nokia 6100 and 3310, for 699 and 399 euros respectively. They are unlocked Nokia GSM mobile phones and as far as we know, they do NOT work on US networks.

How does it work (read: how do I start spying?!?) If you want to eavesdrop on conversations taking place when you are not there, simply ‘forget’ to bring your Nokia mobile phone and leave it where you want to spy. Once out of the area, call your handset from any other phone. It will activate itself and voila, you can now conveniently listen to any conversation being made in the vicinity of the spy phone. It’s handy in the office if you want to know what’s REALLY going on about this or that deal. And of course, this gadget is a veritable must have for anyone who wants to spy on a (rumored) philandering partner. 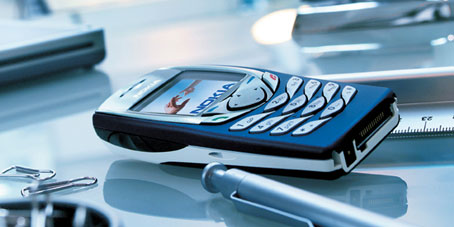