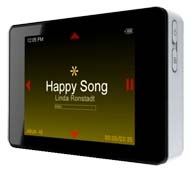 Last month we reported on three new iRiver MP3 product announcements. One of those products was a strange looking little device in a docking cradle named the iRiver U10. Back in June there was no announced dates for availability but now they have announced Japan and UK availability.

The iRiver U10 will be available in Japan this week with other reports that indicate that it will be rolled out in the UK come August. Also announced was pricing; 1GB for around $310 and $85 for the NOT INCLUDED docking station (bah). There is still no word on North American availability.

The U10 will be capable of playing MPEG4 video and Macromedia Flash as well as the various in demand audio codecs. For more info on the U10 check out our previous post, or if you can read Japanese check out iRiver’s U10 page. 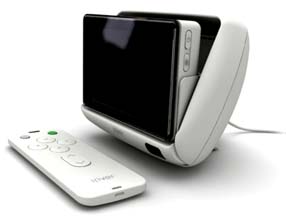