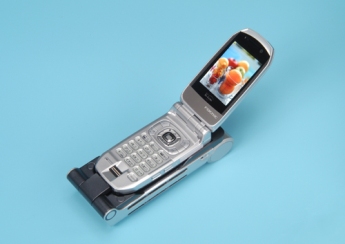 Fujitsu and NTT DoCoMo raised the concentration of methanol fuel in the cells to over 99 percent, up from 30 percent. The higher concentration would allow the prototype to charge up to three FOMA handset batteries with only 18 cc of methanol, and the batteries would reduce the burden on the environment. Longer lasting, better performing, and better for the environment? What’s the catch?

Although the micro fuel cells would perform ten times better than lithium-ion batteries, it’s only a theory. How much will the high-performance battery cost? No word yet.

According to Tech News World, no fuel cell battery has ever made it to the market, and current batteries are good enough and don’t cause energy problems, even though everyone seems to have a mobile phone.

Industry analysts are pessimistic. They say the fuel cells store a lot of energy but can’t deliver it quickly. They also run down faster, the bane of the cell phone user’s existence. Until Fujitsu comes up with a fix, lithium is here to stay. The cool thing about techies is they won’t stop trying until they get it right.