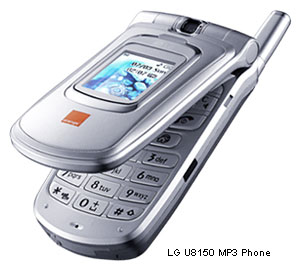 Technophiles predicted that the PDA would go the way of the dinosaurs, and it looks like the prediction is about to come true.

Thanks to the success of the MP3 player generally and the iPod specifically, cell phone manufacturers are turning PDA/phones into music-playing PDA/phones, and wireless carriers are offering online music services.

In response to Apple’s soon-to-be-launched iTunes store and phone (along with Motorola), Verizon Wireless will launch its own MP3-playing phone and online music service. According to Bloomberg News, a Verizon Wireless-branded LG Electronics Inc. handset will be ready for purchase in August, before Motorola and Apple unveil their goodies. But plan on waiting 6-8 months before Verizon’s music service is available.

When I bought my Treo Smartphone last year, I acquired a PDA, cell phone, alarm clock, camera, and wireless Internet all in one device. No more fumbling with a PDA searching for a number to dial on the cell. Now manufacturers are turning cell phones into MP3 players, and I predict stand-alone MP3 players will go the way of the dinosaurs, too. In fact, I predict cell phones will one day be equipped with humongous storage capacity to hold every bit of data we will ever accumulate in our lifetimes.

Maybe one day humans will go the way of the dinosaurs, rendered obsolete by sentient hand-held devices capable of…anything.

And maybe I’ve seen “The Matrix” too many times…