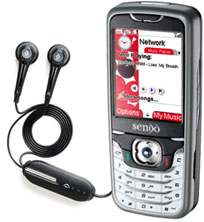 Is this the end-o of Sendo? Motorola has just agreed to purchase certain parts of UK-based Sendo.

No financial details of the acquisition have been released yet but this much is known – Motorola is getting Sendo’s UK- and Singapore-based R&D team (plus the design and testing equipment utilized by that R&D group), and its intellectual property portfolio.

Sendo’s claim to fame? Selling over 5 million handsets in 2004 and posting $420 million in revenues. Projections for 2005 are 6.5 to 7 million handsets. Its most famous mobile phone is the Sendo X2.

Although not a heavyweight in the mobile phone market, Sendo is known for being capable of manufacturing low-end mobiles phone more cost effectively than the bigger players in the field (yes, such as Motorola).