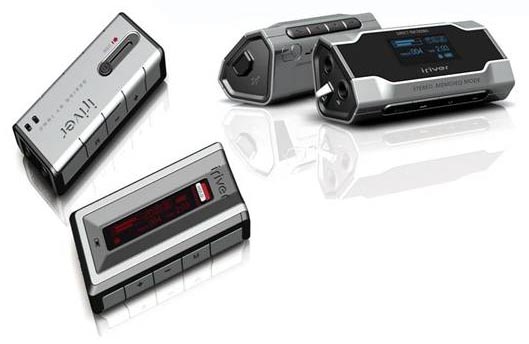 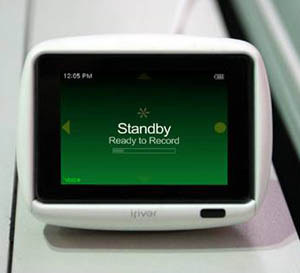 iRiver has launched three new MP3 players today aimed at different user groups. The first, the U10, is said to boast an operating environment that you can navigate with just your thumb.

The U10 is a MP3 player that also plays MPEG4 video on its 2.2-inch 265K color QVGA TFT-LCD screen. It also displays JPEG pictures, Macromedia Flash, and TXT files. As for the audio side the player supports MP3, WMA, ASF, OGG (Up to Q10) formats.

The U10 comes in two different sizes of 512MB and 1 GB. The navigation system, called the D-Click System, works where each corner of the screen can be pressed down to select various menu functions. Other features include voice recording, FM radio, remote control, playable games, and direct encoding with the cradle.

The second model, the T20, is aimed at the business crowd with its sleek “metro” design. The player has a 3 line graphic LCD with backlight, and should provide you with 15 hours of playback. The player supports MP3, WMA, ASF, OGG (Up to Q10) formats. Other features include voice recording, fm radio, direct encoding, and UMS/iRiver plus 2 support. The T20 will be available in 256MB, 512MB, and 1GB.

The last player is the T30 which is aimed at young adults with its “campus-look” design. The player will feature a four line LCD display with backlight, “high quality” built in microphone, FM radio, alarm, direct encoding, and USB 2.0. The player will be available in 256MB, 512MB, and 1GB sizes. As for battery life, expect around 20 hours on one AAA.