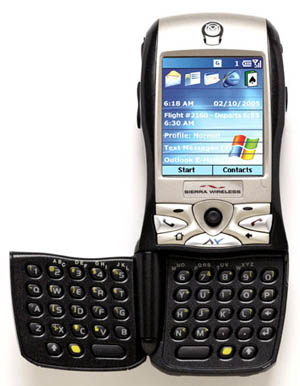 Sierra Wireless has opted to kill off their Voq smartphone due to poor sales. The company announced that they would like to sell the mobile division, but if there is no hope they will shut it down. It won’t hurt the company too much as Sierra Wireless revenue comes primarily from wireless modems.

The Voq smartphone is best known for its flip-out QWERTY keyboard. One of the major problems with the phone was that it was as big as a house!

If you want more info on this phone get it while it’s still up on Sierra Wireless’ site.