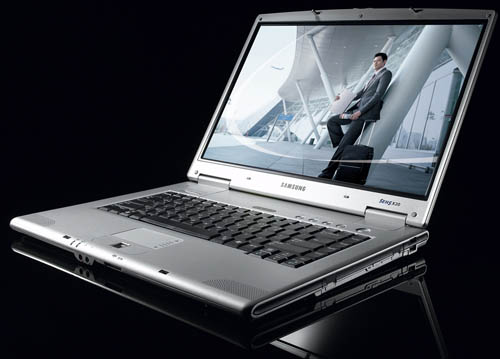 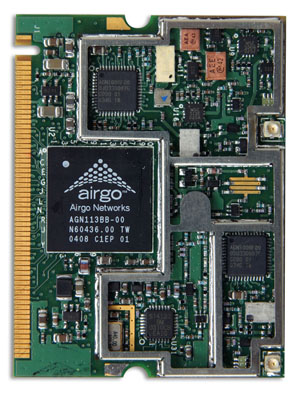 Samsung partnered up with Airgo to ship the world’s first notebook embedded with MIMO-enhanced Wi-Fi chipset. The first laptop to ship will be the Samsung X20 followed by the X25. Not only does it include MIMO, it’s damn sexy looking- sleek and silver!

MIMO or Multiple Input Multiple Output technology is an alternative to the Intel Centrino 802.11a/b/g. In third party tests the Samsung laptops with the MIMO chipset provided 8 times the speed and 13 times the coverage than the latest Intel Centrino wireless chipset. In addition it test showed it is two times more energy efficient which means more battery life, yahoooo! The MIMO-enhanced technology also maintains interoperability with all forms of wireless standards including 802.11b, 802.11g, and 802.11a/g.

Here is a snippet on how MIMO works:

Airgo is the only company to conceive, develop and deliver MIMO OFDM– the technology at the core of the 802.11n next generation wireless LAN standard that sets a new performance bar for Wi-Fi customers. Airgo’s True MIMO has revolutionized wireless technology by leveraging multipath– reflections of a radio signal– that for the last 100 years has been considered an impediment to radio performance. True MIMO takes advantage of multipath, and transmits multiple signals in a single 20MHz radio channel. These two advances lead to a multiplying effect in both data rates and reliable coverage area without using any additional spectrum. True MIMO refers to the specific form of MIMO based on spatial multiplexing as defined by all major proposals for the next generation 802.11n standard.

No word on when the new notebooks will ship, or what else we can expect as far as specifications.