Video Without Boundaries’ new PVP called the MediaReady Flyboy is now selling on Amazon for a price of $359.00. The Flyboy is a portable video player/recorder that packs a 20GB hard drive with a 3.5-inch backlit LCD screen. Don’t forget that it’s also Linux based, so hopefully it’s hackable!

The Flyboy is pretty feature packed with a voice recorder, RCA video output with 3x zoom, USB 2.0, and a built-in speaker. Another neat feature is the ability to transfer media to other MediaREADY devices such as their home theater units without the need for a PC. The unit weighs in at 300g with the battery and measures 146mm x 87mm x 297mm.

You can check out Amazon for the device. 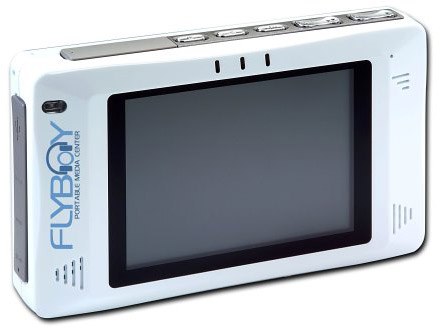