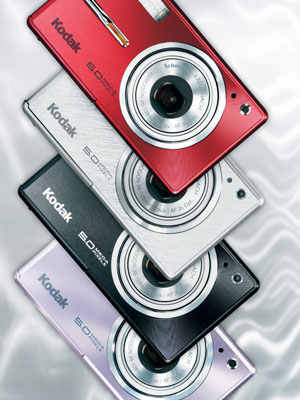 Kodak has announced a pair of new Easyshare cameras, the V550 and V530. Both cameras have 5-megapixel sensors and feature the Easyshare compatability and functions. The only difference between the two cameras is the size of the LCD screen the; V550 has a 2.5-inch screen and the V530 has a 2-inch screen. Both offer 3x optical zoom and image stabilization.

Each of the cameras comes with the EasyShare Photo Frame Dock 2 which allows for easy sharing, one touch picture synchronization, and also looks pretty darn cool.