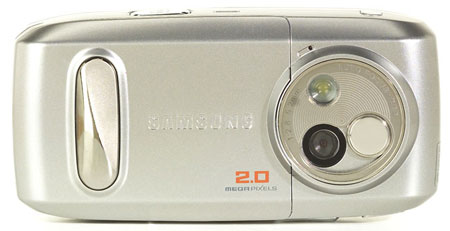 Sprint has officially announced that they are launching the Samsung MM-A800 2-megapixel camera phone. The product page for the A800 has been on

The MM-A80 is a tri-band CDMA phone that is feature packed with an MP3 player, speech-to-text, and 15FPS video through the built in media player with content provided through Sprint TV. The camera itself features 2.5x digital zoom, flash, color adjustments, fun frames, and multi-shot. The phone has a TransFLASH card slot (soon to be miniSD) to store all your pictures; a 32MB card is supplied with camera.