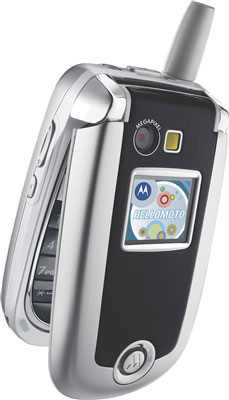 Rogers MusicStore is a library of 1000s of “today’s hottest music”, the PowerSearch capability allows users to easily find sings, albums or artists with minimal text entry. You can also browse recommendations, new releases and music charts. Songs will range from $1.25 to $1.99 per title and if you want a dual download which sends to both your phone and desktop there will be an extra $1.00 fee.

Phones that can access Rogers MusicStore are the; Motorola V551, Motorola V220, Nokia 6620, and Nokia 3220. Oddly enough you can’t purchase songs directly with the recently announced Motorola V635, but you can download them on your desktop and transfer them after.

The MusicStore website uses some whacky grammar, I have no idea what the marketing people are smoking. “New to the uR MusicStore?” iT s0 c00L and 4w3s0m3. More from Rogers MusicStore website; “ U gotta love it!! Now u can buy music using your wireless phone. Purchase a full music track via uR wireless phone, and the song is delivered to both uR phone AND uR PC!”

A little more on the Motorola V635; The package sells for $249.99 with a 3-year contract, in that you get a 32MB Transflash memory card (expandable to 512MB), USB Data cable and stereo headset.