Nextel has released details on two more new Motorola phones today, the i355 and i275. Earlier today they released info on the Motorola i605 rugged walkie-talkie phone. The phones are mid range phones; one features a rugged design, the other features a camera.

This phone will feature a rugged design to combat the elements for those outdoor type, or workers who face the elements daily. The phone is so rugged that it meets the military 810F specifications. Also featured, a 65k color 128×128 pixel screen and voice activated dialing.

The i355 should be available soon via Nextel retail and online channels for a price around $100 with ha service agreement.

Also released today is the i275 phone which features a pretty standard design with a VGA camera. The body houses a 128×128 pixel 65K color screen.

This phone is already on sale through Nextel for a price of $100 after rebates and with a new service agreement. 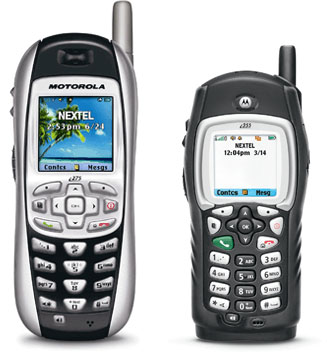