Toshiba has resurrected their line of ultra-light Liberetto notebooks after a 3 year hiatus. Toshiba states that they have decided to bring back this line as part of “Toshiba’s 20th anniversary celebration of the first laptop computer and as a result of overwhelming customer demand,”

Another interesting note is the 7.6-inch widescreen LCD with is capable of a 1280×768 resolution. The design looks like something straight out of the 80’s with boxy lines and brick like features. But as a child of the 80’s, I can relate!

The Liberetto should be available soon on Toshiba’s site at a base model price of $1,999 US. 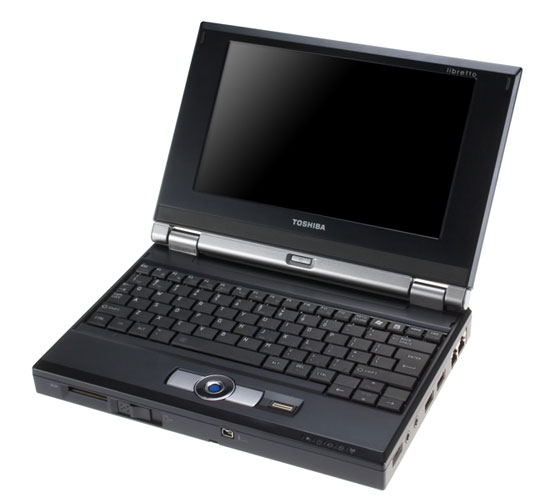