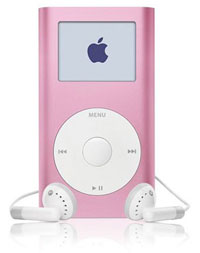 While the tunes keep you movin, the sales keep on boomin. MP3 device sales have reached an all time high, Jupitermedia is reporting that 16.2 million units were sold in 2004 with an estimated 18.2 million to be sold in 2005. Annual growth will stay steady at 10% through 2010 reaching 56.1 million consumers.

Apple is still the leader with no signs of losing momentum. The iPod phenomenon has only grown stronger since the release of the iPod Photo and their screenless shuffle.