SigmaTel has just announced that their audio system-on-chip technology will power the new GPX 128MB portable audio player. The $99 MP3 and WMA player called the GPX SportX is nothing more than a set of headphones, everything is packed inside a small enclosure that sits at the back of your head, the player also comes with a digital FM radio and built-in replaceable rechargeable Li-on battery that will run for approximately 8 hours. USB 2.0 connectivity will allow for fast file transfers, PDDRM (Windows Media Portable Device Digital Rights Management) will support audio files from protected music distribution services.

The GPX SportX is also the first portable MP3 player to support Transflash expandable memory modules (Unfortunately Sandisk has plans to phase out Transflash), up until now Transflash has been widely adopted among cellphones and other communication devices. 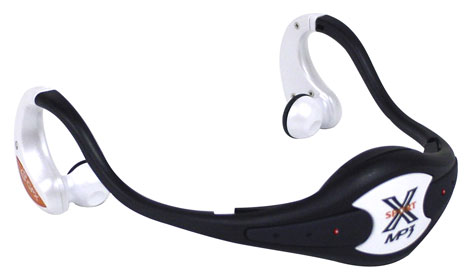