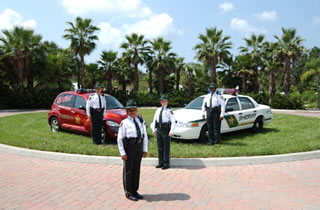 If you are a criminal and you live in Pinellas County you better watch out. The Pinellas Sheriff’s Office (PCSO) has finished deployment of Viisage’s Mobile Identification System (MIS).

The MIS is a face recognition system that uses a picture taken by the officer with a digital camera to identify an individual. Patrol cars have a docking station which downloads the picture to the officer’s computer, connects via wireless to the PCSO’s existing image database, and then conducts a face recognition search to determine if the individual has been previously arrested. Sounds like something straight out of the movie Demolition Man.

The MIS is now deployed in 50 PCSO patrol cars. So far the system has helped arrest 37 people within the first six months of its implementation. Bad guys watch out!