Samsung has been working on Digital Multimedia Broadcasting (DMB) technology for quite some time, their first DMB chip for cellphones was unveiled over a year ago. Today they have announced their SCH-B200 DMB handset with horizontal screen for comfortable multimedia viewing.

The B200 is pretty stacked, it has a 2-megapixel camera, MPEG4 video recording and messaging, MP3 player, video player and a vivid 2.2-inch wide LCD screen with 260k colours. Samsung has also boosted the battery to 1300mAh for over 3 hours of video playback. It also offers TV-out functionality and external memory support via TransFlash.

Samsung covered most of the features on this unit, it will be out in Korea by mid-2005. They also announced the release of their SPH-B1200 terrestrial DMB phone to Europe. 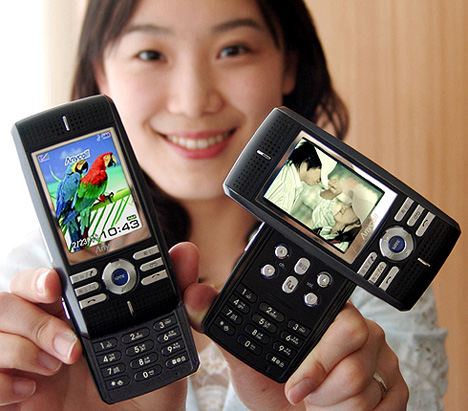