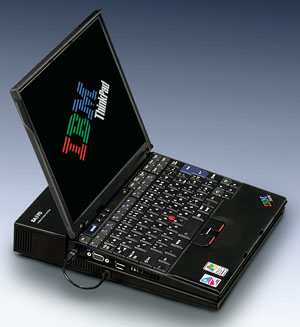 IBM and Sanyo have announced plans for a prototype micro direct methanol fuel cell system for IBM ThinkPad notebooks. If successful the companies prototype could supply up to 8 hours of power per cartridge to existing and future ThinkPad designs.

The prototype design doesn’t require a design change to outfit the fuel cell batteries therefore being compatible with the latest ThinkPad models. The fuel cell system will also include an “Ultrabay Slim Battery to supplement peak power consumption for business applications.” IBM’s ThinkPad development team looked into many different models to integrate fuel cell technology into mobile computing such as docking stations for office users.

No detailed specifications on the technology were given, but we love new battery technology, especially fuel cells. Anything that can increase the battery life of our toys hits us right at home, so as soon as we know anything, you will too.